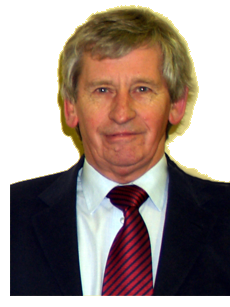 Well, NIACUS has limped through another season with ongoing diminishing numbers, but greatly helped by a much improved ‘proper’ summer, so many less re-arrangements. Additionally, our Appointment`s Secretary and miracle worker Ian ‘Merlin’ Houston ensured that as many matches as possible were covered, by coaxing and cajoling a number of occasional volunteers to come to his aid and stand in a few matches. A huge NIACUS ‘thank you’ is due to those part time volunteers. Perhaps one or two (or more) of them just might be enthused by the experience, and offer their services on a more regular basis in 2014.

The recruitment of umpires is not helped by the growing misbehaviour of some people – not only cricketers - who appear to believe that they are bigger than the game and can act like prima donnas. The 2013 season highlighted this, by a marked increase in the number of reports.

2013 has been another super year for Mark, who along with Richard Smith, has continued to raise the profile of Irish umpiring on the world stage.

This globe trotting duo are a shining example of what can be achieved by local umpires, who are prepared to put in the effort. Mark was rightfully awarded the accolade of ‘Official of the Year’ at the recent Cricket Ireland awards evening in Dublin. I saw from the photos that Jenny splashed out on a new dress suit for him !

Sadly, NIACUS, has failed – AGAIN – to reclaim the White Stick, and at home as well ! Our thanks are due to Downpatrick C.C. who generously hosted this year`s fixture.

Where do we go from here ? Well, I have taken the opportunity of approaching Leinster, with the suggestion that Sameer Dutt – who averages around 100 in this Annual fixture, over the last five years – should transfer to NIACUS in an effort to improve his umpiring.

He is getting good reports in Dublin, and travelled to Scotland on this year`s annual exchange, getting similar good feedback. The next logical step for this young man is to spend a season or two practicing his skills in NCU. I must emphasise that my only concern is his development as an Irish umpire. The fact that I have offered him free NIACUS clothing and the captaincy of the NIACUS White Stick team, is purely coincidental.

NIACUS (and all Associations) now have supplies of this amended version of the Laws for next season. While there are only a few alterations, no umpire, scorer, captain or cricketer should be without it. Please ensure all NIACUS umpires get your copy from the new Hon. Sec. Joe Moore without delay – and read and digest it !

The November 2013 meeting is a must attend event, and so two birds can be killed with one stone………..